DVE Wake was conceived, designed and built by Chris Ranner.

From the age of 6 back in 1985, Chris learnt to waterski and was one of the first to wakeboard on the original Skurfer & Sidewinders in the early 90’s and has been around boats, waterskiing and wakeboarding ever since.

Ever since building a composite kneeboard in the early 90’s his ambition was to create a water sports brand in the UK.

After a brief foray into competition, in 1997 Chris didn’t come last in the British leg of the European Wakeboard Championships. In 2008 after spinal surgery Chris decided to just to have fun behind the boat, leave it to the younger lot and concentrate on developing his own line of wakeboards.

(and for those interested DVE stands for Delta Vector Engineering!) 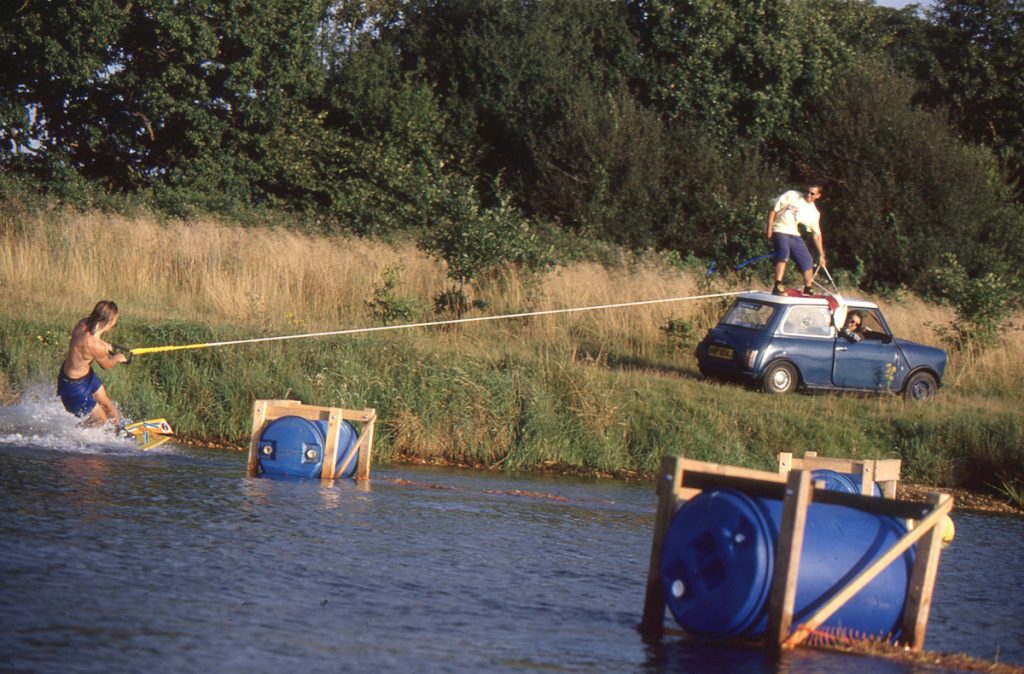 Get in touch to talk about your custom wakeboard, hand built in Great Britain